Kingstree plumbers serve Edmonton and the areas around it, and as proud members of the outlying cities and, in this case hamlets, we want to tell you about some of the great people who came from those areas. So read on to find out who got their humble beginnings right here in Sherwood Park.

Sara Canning grew up in Sherwood Park and started acting in junior high. First she starred in her school theatre productions and then went on to act professionally, notably with a role in the Citadel Theatre’s production of George Orwell’s 1984 when she was just 19.

Edmonton isn’t known for its film scene like Vancouver is, so she made the move to the rainy city in hopes of getting her big break. That breakout role came when she was cast on Vampire Diaries and since then she’s been in Supernatural, Smallville, Remedy, and Republic of Doyle. Next year you can catch her in War for the Planet of the Apes, so go see it when it comes out to support local talent! 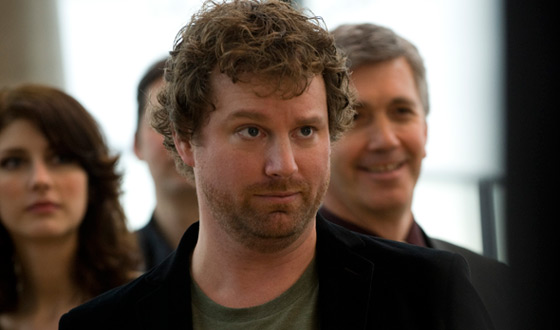 Sci-fi fans have probably seen Sherwood Park native Patrick Gilmore on screen at some point. He’s been on all three Stargate shows (SG-1, Universe, and Atlantis), Supernatural, Battlestar Galactica, and Smallville. If you watch The Killing, you’ve seen him as the young, self-made millionaire Tom Drexler, who is the kind of guy you love to hate.

In real life he’s actually really funny and humble, as you can see in this interview for AMC’s website or on his Twitter where he likes to tweet about his life, friends, and shows he’s involved in. Follow him to keep up on his latest projects and for funny tweets like this one:

“OMG he’s just in his underwear” I leaned over my balcony to see who was talking. Eye contact. Breeze on my mostly naked body. A dog barked. – Patrick Gilmore on Twitter

The list of notable people from Sherwood Park is about 60% hockey players, but the most current and well-known on the list would have to be Andrew Ference, who plays for his hometown team Edmonton Oilers.

Ference got an interesting start in the NHL when, after playing in the WHL for Portland, he wasn’t ranked by Central Scouting for the NHL draft. Eager to get onto a team in the national league, he wrote a letter to every single general manager in the NHL, showing that he had the drive and the stats to make it. The letters paid off for Ference: he was drafted by the Pittsburgh Penguins and has played for the Flames and the Bruins before coming home to Edmonton in 2013.

You can cheer him on next season when the Oilers hit the ice at the new Rogers Arena!

As goalies go, Cam Ward is phenomenal! And even though he doesn’t play for a Canadian team (right now he plays for the Carolina Hurricanes), he represented Canada during the Ice Hockey World Championships three times and brought home gold, silver, and respectable 5th place wins!

He’s been an amazing player for the Hurricanes right from the start, which was in 2006 and the year they won the Stanley Cup. He was the first goaltender in the NHL to win the cup in his rookie year since Patrick Roy! Clearly the Hurricanes aren’t interested in letting him go. He’s now been on the team for over 10 years, and it’s very likely you’ll see him playing for them again next season. Go Cam!

Kaetlyn Osmond might like a flooded yard in the winter, but not you! Get your pipes checked while it’s warm! #shpk

Kaetlyn Osmond was born in Newfoundland, spent time in Montreal, and eventually made her home Sherwood park all before she was 10 years old, but all that moving around didn’t stop her from becoming a world class figure skating champion.

As of 2016, she’s still only 20 years old, but she’s racked up a handful of championship medals, including a silver as part of team Canada in the Sochi Olympics. She’s graceful, skillful, and incredibly talented. It’s no wonder that the town she was born in named a street and an arena after her. It’s clear that Osmond’s passion for figure skating isn’t dying anytime soon, so keep your eyes peeled for more great performances!

Guitarist from the Stereos, Miles Holmwood

A decade ago, all the bands you heard playing in your neighbour’s garages sounded much like the pop punk rock noise that was the beginnings of the more refined tunes heard on the radio today. Miles Holmwood started out in one of those garage bands, and that lead to him becoming part of a band that fell under the hip hop and pop genre, the Stereos.

The Stereos saw some short-lived fame and were featured on the MuchMusic series disBAND, but they broke up in 2012. You can still find Miles on Twitter and Facebook to see what he’s up to now.

Be sure to keep your eyes peeled for other up-and-comers by supporting local sports teams, artists, and musicians.

Share this article with your friends and neighbours to let them know about the great people who come from this great province that we at Kingstree Plumbing are proud to say we live and work in!

Did we miss someone who belongs on this list? Let us know in the comments below!

Want to join the discussion?
Feel free to contribute!

Things to do in St. Albert this Summer